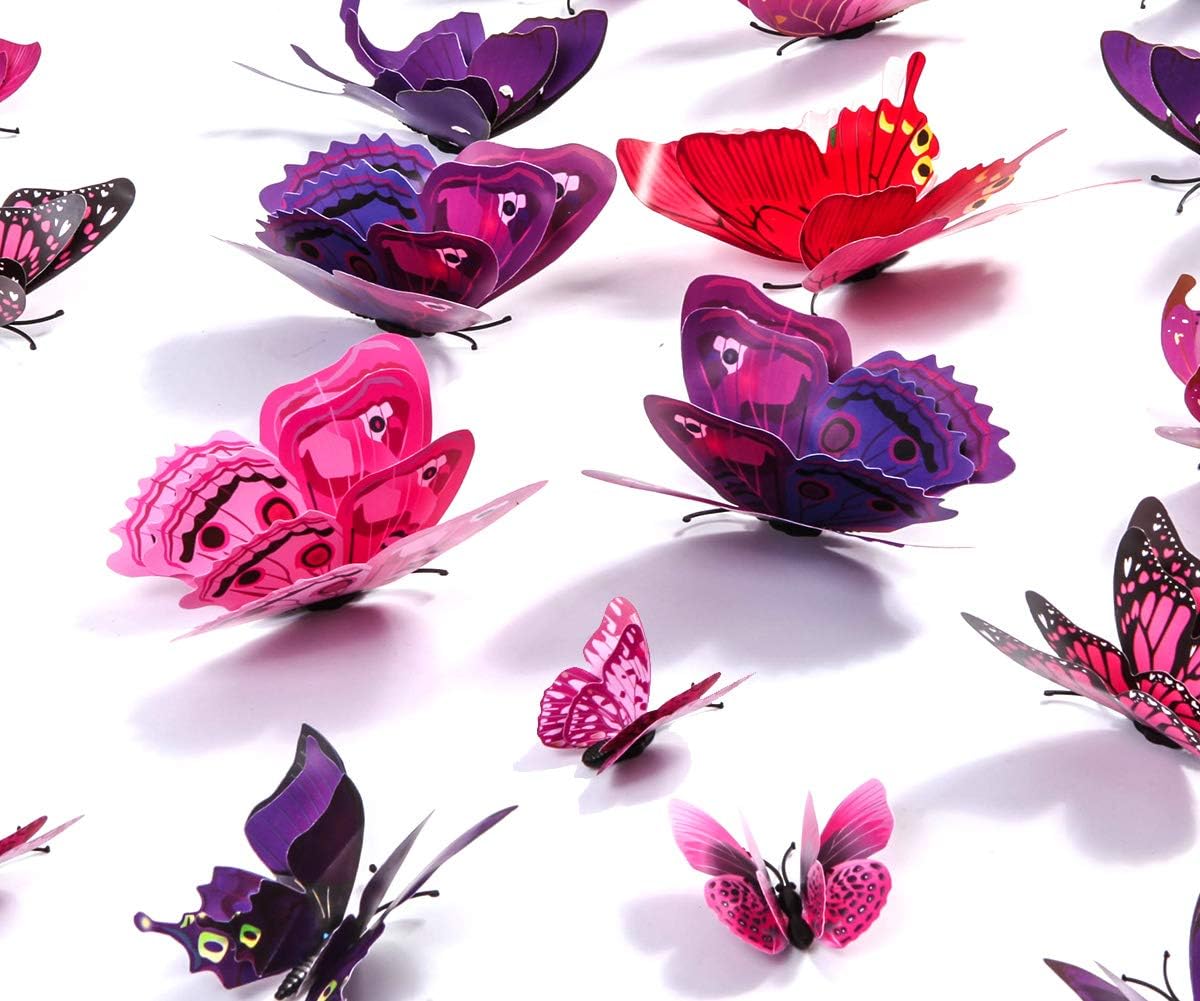 Butterfly Wall Stickers: This is a great DIY joy when you place these butterflies anywhere.
ou can use them to decor your living room, bedroom, your kidsâ room, wall art, Wall Decals, even anyplace you can think of.
The children always love butterflies. They often make out incredible works with the butterflies even better than you.
This is a good way to develop the thinking ability and the practical ability of your children.
Different shapes and sizes colorful butterflies will make your life more colorful and beautiful.

And it is perfect gift for any special occasions

PVC Waterproof 3D wall stickers, can be used in living room, bathroom, bedroom ... It makes your life more colorful and lovely.
They can be applied to any smooth surface and moved around without damaging painted surfaces or leaving behind sticky residue.
? Easy to Apply, Removable, Durable, Pressure Resistance, Shock Resistance, Moisture Resistance
? A good gift for any special occasions like Christmas, wedding, birthday, anniversary,engagement, new-born baby.
? It can be applied to decor a theme party, butterfly museum embellishment, children room, garden gadget, photography kits.

Note:
Make sure the place you want to stick is clean, without any dust and residue.

We promise to offer good quality products to make you satisfied. We make every effort to provide quality services.
Please contact our customer service if there's any question. Not satisfied?"br""br" Please don't worry, return of goods is 100% guaranteed.